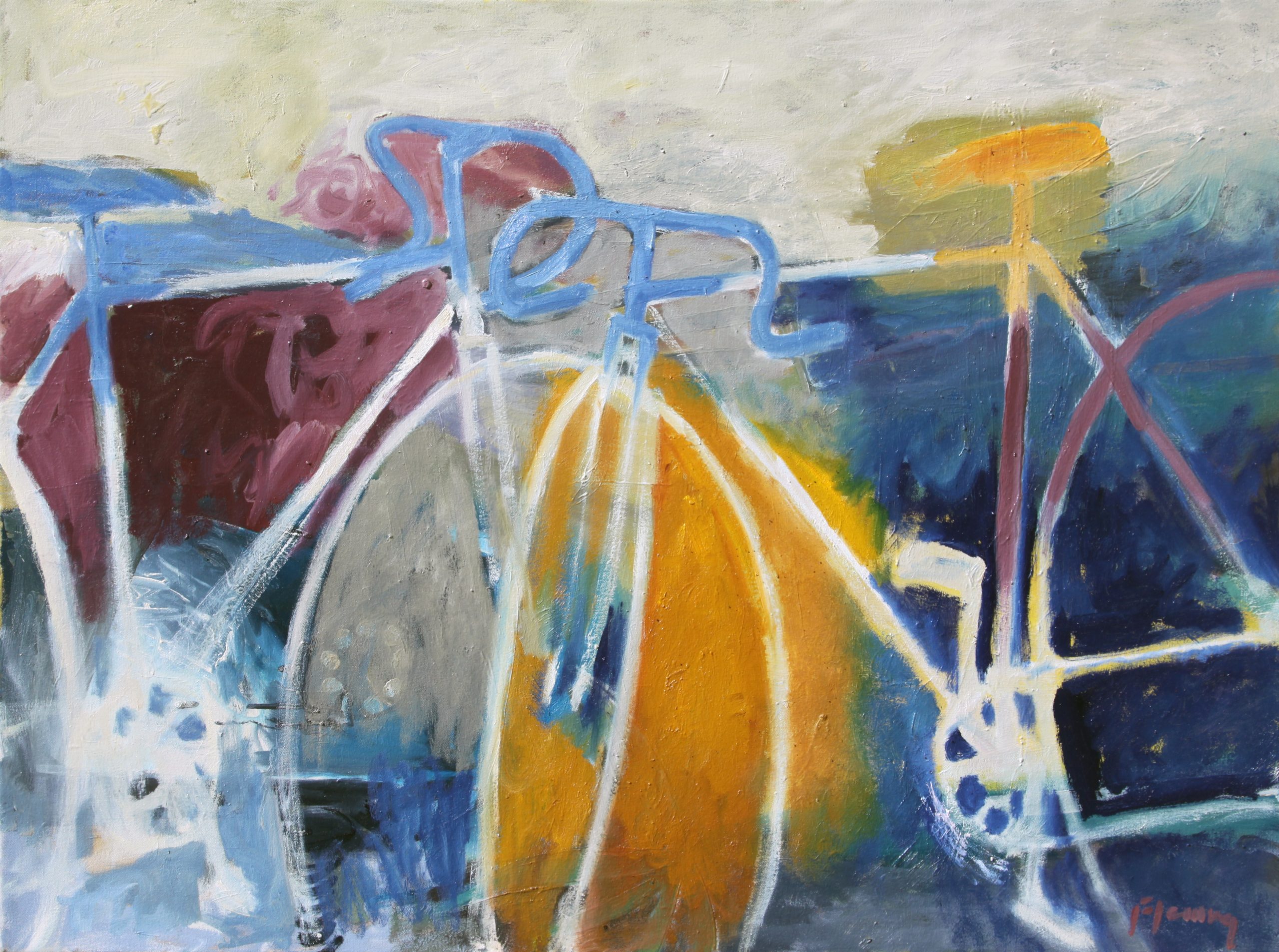 August 20th, 2pm: David Fleming in Conversation with Maureen Davidson, curator and art critic
Join us in the gallery to meet artist David Fleming and learn about his creative process and experience.

SAVE THE DATE: First Friday, Sept. 2, 6-8 pm
Join us for the close of David Fleming’s retrospective. From 7-7:30pm enjoy live music by Jim Clifford—Enjoy old-time folk/country songs that echo some of Dave Fleming’s paintings, sung by Jim Clifford, with his guitar. Clifford performed with the Oganookie band reunion show at Kuumbwa earlier this year.

Maureen Davidson is a Scottish-born writer, editor, curator, critic, cultural worker whose career in the arts began in London developing a cinema magazine, leaped over a continent to write, promote and fundraise for arts organizations including Long Beach Museum of Art where she was Deputy Director, and for which she developed and edited an international video art magazine.   As Executive Director of Ventura Arts Council, she developed an Arts Center and Ventura’s first curated contemporary gallery and performance space, a grants for artists program and several arts festivals including an award-winning festival of indigenous arts.  As curator there she most notably organized a controversial anti-war exhibition during the Bush-Saddam Hussein deadline.  She later directed Spokane Art Center/Center for the Visual Arts, curating a gallery, running festivals, doing publications and establishing Washington’s first art program in prisons.  When not working in the arts, she served as Public Information Officer for large government agencies.

Maureen has written and broadcast decades of arts and film criticism for newspapers, arts magazines and radio. In Santa Cruz and Monterey she had a weekly art column in one or other of the Santa Cruz weeklies and a segment on KUSP, all under the umbrella of her nom de plume,  “The Exhibitionist.”  Now retired, she’s trying to make art and gardens.
Categories: Uncategorized
Let’s Get Connected